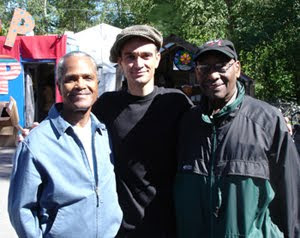 It's been forever since i did anything on the internet because I've been strapped into traveling, working and then when time finally gives you a small break, the unexpected happens...


My time away from my internet time of updates, blogs and post started with the passing of Frankie Manning. I had been speaking to Elliot regularly about Frankies 95th birthday event which had been in the works for over a year. 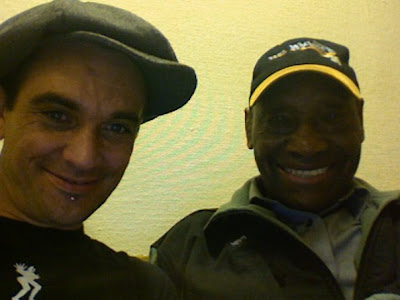 Unfortunately, Frankie had just gone to the hospital and just weeks before his birthday I got a call from Elliot who was sitting beside Frankie on Sunday April 26th. He explained that Frankie could not respond but he'd hold the phone up to his ear, and I said what was to be my last words to my Dear old Friend. The Following Morning i got the call from Elliot telling me Frankie had passed.


I was in New Orleans with a good friend Amy Johnson, when this all happened and she asked me if it would be a good idea to do a "second line" for Frankie. We ran the idea past a couple musicians such as Michael Magro (who started the Loose Marbles) and that's all it took. Once Amy is on a mission that's all anything takes.


I would like to add however that i was amazed by the musicians attitude on playing in a "second line" actually i heard some actually call it a "Ramble", which is the same thing except you need a permit for a "Second Line" without it, it's illegal and called a "Ramble". Anyways, the interesting and amazing thing was these musicians calling each other as they tried to get more musicians involved. I over heard one musician on his cell phone calling another player to come and join. He said "I don't know who it's for but he was an Old Timer that meant a lot to the dancers..." and that's all it took for the musicians to come out and play on a 2 to 3 hour notice.

and the Monday evening of Frankie's passing we marched on Frenchmen st. 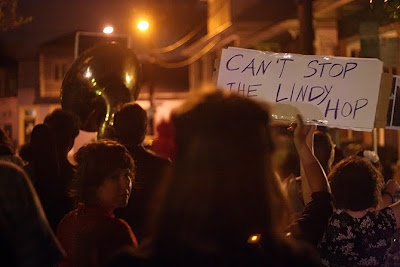 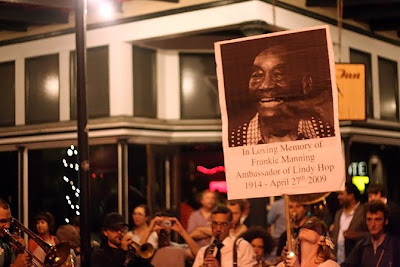 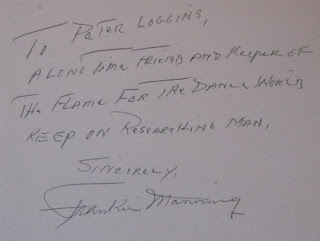